Tsunami, discovered by Intego, is a cross platform malware. The malware was originally developed for the Linux operating system (named Kaiten) and in 2009 its source code was published on the internet. Two years later a macOS version appeared.This malware acts as a backdoor and a tool for a Denial of Service attack by the attacker. It connects to a server and accepts commands via a specified IRC channel.We can see below the commands it is able to perform on an infected machine which includes different Denial of Service attack, downloading additional payload, network spoofing and more. 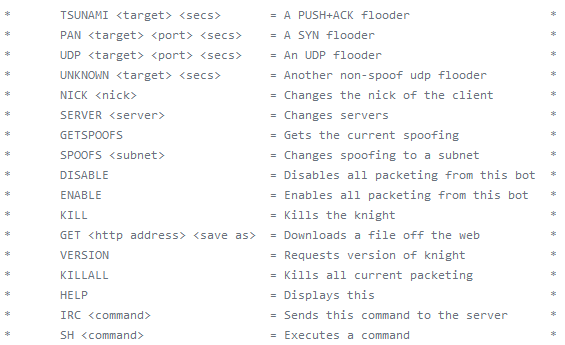